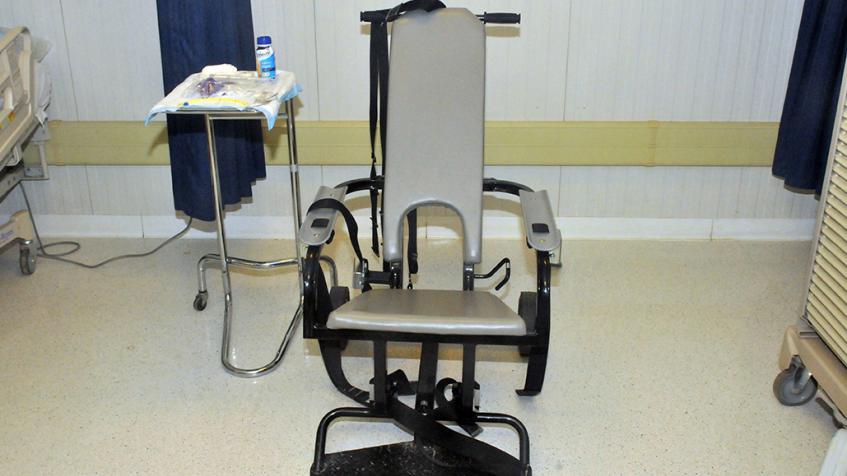 Lawyers sceptical over news that 96 prisoners remain on strike, down from a recent high of 106

The number of Guantánamo Bay inmates on hunger strike has begun to fall, with most having consumed at least one meal over a 24-hour period, the US military suggested in comments that met with suspicion from detainee advocates. As of Saturday, 96 prisoners were still classified as hunger strikers – down six from Friday and below a recent high of 106.

In a further apparent indication that the five-month-long action may be ebbing, an army spokesman, Lieutenant Colonel Sam House, said on Friday that over a 24-hour period 99 of the then 102 detainees taking part on the strike had eaten a meal. Forty-five, however, remain on the force-feed list and lawyers for some of those taking part in the strike suggested that authorities had consistently under-counted the true number of those refusing meals.

Guards at Guantánamo require several days of sustained eating of minimal caloric intake before prisoners are taken off the list of hunger-strikers. …