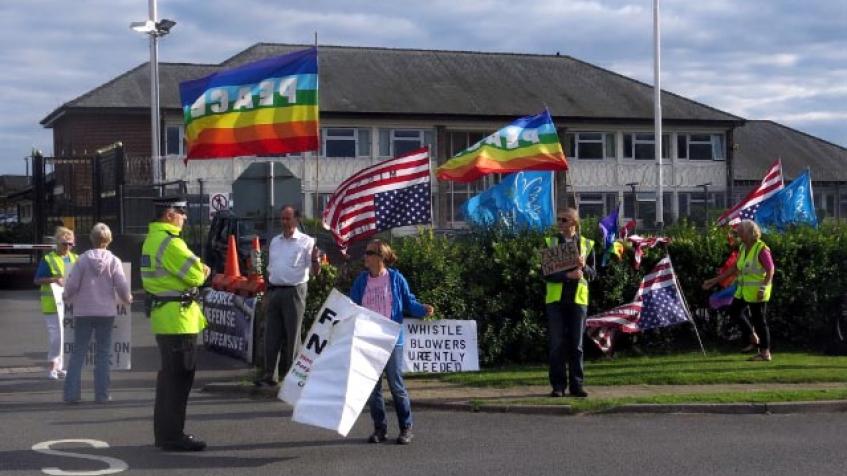 Weapons often come with “lifetime service agreements” in which only Lockheed can service the equipment.

Lockheed Martin weapons have been used against the people of Yemen, Iraq, Afghanistan, Syria, Pakistan, Somalia, Libya, and many other countries. Apart from the crimes its products are manufactured for, Lockheed Martin is frequently found guilty of fraud and other misconduct.

Lockheed Martin is involved in U.S. and UK nuclear weapons, as well as being the producer of the horrific and disastrous F-35, and the THAAD missile systems used to escalate tensions around the globe and manufactured in 42 U.S. states the better to assure Congress members’ support.

In the United States in the 2020 election cycle, according to Open Secrets, Lockheed Martin’s affiliates spent almost $7 million on candidates, political parties, and PACs, and almost $13 million on lobbying including almost a half a million each on Donald Trump and Joe Biden, $197 thousand on Kay Granger, $138 thousand on Bernie Sanders, and $114 thousand on Chuck Schumer.

The U.S. State Department is effectively a marketing arm of Lockheed Martin, promoting its weapons to governments.

Congress members also own stock in and profit from Lockheed Martin’s profiting, including from the latest weapons shipments to Ukraine. Lockheed Martin’s stocks soar whenever there’s a new big war. Lockheed Martin brags that war is good for business. One Congresswoman bought Lockheed Martin stock on February 22, 2022, and the next day tweeted “War and rumors of war is incredibly profitable…”

(Thanks to World Beyond War for this information)