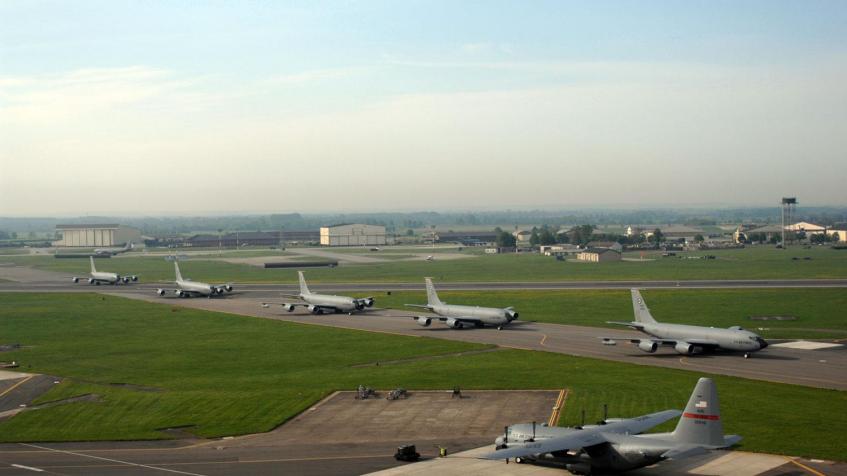 The USAF has stated that it plans to pull out of airbases at Mildenhall, Alconbury and Molesworth, although the timing seems uncertain. The MOD will then sell the land to build housing.

USAF KC-135 Stratotankers from Mildenhall have refuelled military operations over the Black Sea and US B-1 long-range bombers based for the first time in Norway and operating over the Arctic in a way designed as a show of force to Russia.  They have also refuelled B-52s flying over all thirty NATO Nations in a show of force (Operation Allied Sky) and the air refuelling wing took part in exercise African Lion. (Source Royal Air Force Mildenhall 14 January 2021) See also

A pair of US F-15 fighter jets coming in to land at Mildenhall in December 2020 narrowly missed two gliders and had to take emergency action to avoid a mid-air collision at 350mph. (Source Cambridge Times 15 December 2020)