Treaty on the Prohibition of Nuclear Weapons - webinar 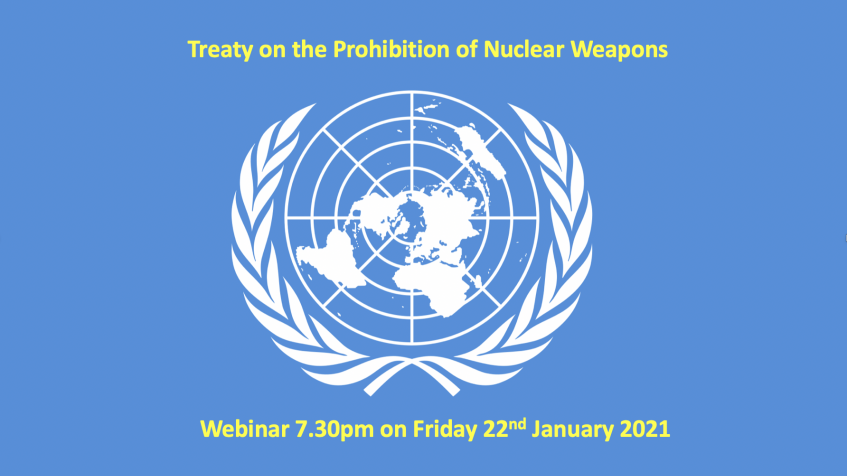 The United Nations Treaty on the Prohibition of Nuclear Weapons (TPNW) will become law on Friday 22nd January 2021. This momentous event will be marked by the Menwith Hill Accountability Campaign with a short webinar at 7pm on that day.  The main speaker will be Michael McGowan of Leeds, who is a British journalist and former Member of the European Parliament with special interest in international affairs, peace, development and human rights.  He will give some background information about the Treaty and the work of the International Campaign Against Nuclear Weapons (ICAN) in bringing it to a successful outcome. After his talk there will be an opportunity to ask questions and for other participants to speak.

Please email: mail@themhac.uk  to receive a link to this meeting.

Leeds is a fitting city to host this event because on Wednesday 13th January the City Council passed a resolution supporting the TPNW.  On Friday 22nd January 2021 members of the City Council will be planting a peace tree in Park Square and flying the UN flag from the Town Hall.

Leeds City Council is a member of the UK & Ireland Nuclear Free Local Authorities (NFLA) and the Hiroshima-led Mayors for Peace; both of which have been working for 4 decades to promote multilateral nuclear disarmament. The Council resolution calls on the British government to lead a global effort to prevent nuclear conflict.