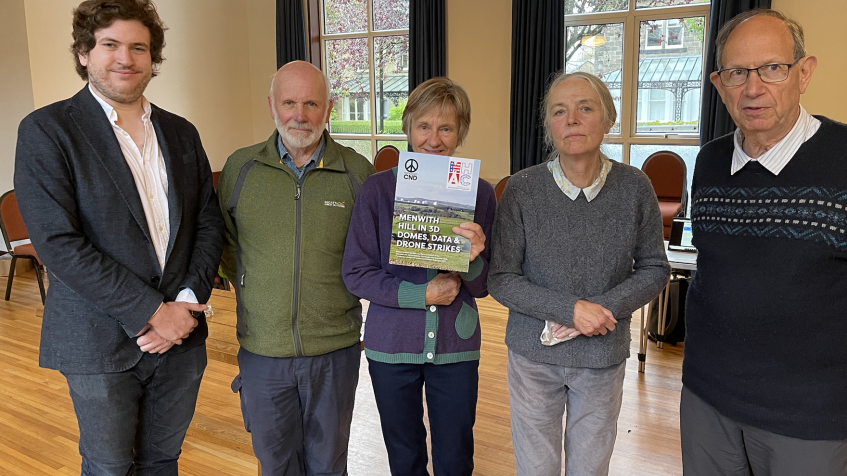 The  Report, entitled 'Menwith Hill in 3D – Domes, Data and Drone Strikes' updates a previous report that was published in 2012.  Commissioned by the Menwith Hill Accountability Campaign and Yorkshire CND and funded by the Joseph Rowntree Charitable Trust it was researched and written by experienced researcher Barnaby Pace. The report was formally launched at 3-4.30 pm on Saturday 2  October 2021 at Harrogate Quaker Meeting House, HG1 5PP.

The report updates information about the Base following the Edward Snowden revelations about large scale international data capture.  Intelligence gained from the captured data has facilitated the increased use of drone warfare in recent years.

Latest news from Afghanistan highlights the significance of drone warfare in an increasingly unstable area. The report reveals ways in which electronic surveillance has developed at Menwith Hill. Use of intelligence captured by the Base to target drones means that the Base itself and the surrounding area are a potential target for retaliatory strikes.

“This is an impressive and authoritative report, backed up by detailed references.  It covers a wide field of activity at Menwith Hill and is particularly useful in highlighting its role in the move towards remote warfare, especially the proliferation and use of armed drones. These raise many issues of transparency, accountability, and democratic oversight, and challenging the implications of this trend will be made more effective by this valuable study”.

The report can be seen here.